A dozen remarkable Shiraz wines and three impressive Shiraz blends captured the limelight during the fifth annual Shiraz Challenge awards ceremony held on 31 May at the Rhebokskloof Wine Estate in Paarl.

Fans of this noble cultivar can safely set their sights on these front-runners when next they find themselves facing the extensive range of wines on the shelf of any retail space.

According to SA Shiraz chairperson Edmund Terblanche, some 220 wines vied for inclusion in the top echelon – a steady climb of entries since the inception of the competition in 2013. “Initially we focused only on Shiraz, but soon after we invited winemakers to put forward their best blends as we see this competition as an encompassing celebration of Shiraz,” he says. “We’ve witnessed consistent growth in the blends category – not only for the Rhône style, but for all compositions where Shiraz remains the leading component.”

Attendees of the award ceremony had the opportunity to taste the 25 Shiraz finalists and the top 10 Shiraz blends and the winners were served with lunch.

Eight esteemed judges took responsibility for the stringent adjudication process, with Dr Andy Roediger at the helm. Which started for him as a lightweight interest in wine and a consequent wine course at the Wine Academy, had led to producing his own Garagiste wines and completing his Cape Wine Master thesis on Phenolic ripeness in South Africa. Roediger shares his expertise with many leading wine producers by carrying out phenolic ripeness analyses on a commercial basis in his laboratory. 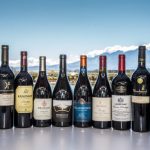 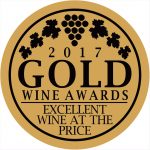